Australia: Ageing Prisoners – why we need alternative systems and pathways 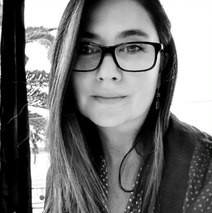 Dr. Natasha Ginnivan is a research fellow at the University of New South Wales school of psychology and an associate investigator with the UNSW Ageing Futures Institute and the UNSW Australian Human Rights Institute. Her research focuses on attitudes to ageing, age stereotypes and self-perceptions of ageing. Natasha researches the lived experience of ageing and dementia, and ageing in marginalised populations including prisoners. In this piece Natasha explores how systems of care for older prisoners could benefit from smarter leveraging of community health and technology infrastructures. She argues that alternative justice-security-care protocols could allow states to comply with their duty to provide ‘equivalence of care’ to older prisoners, without compromising the purposes of sentencing. Natasha’s research on older prisoners has been supported in part by the ARC Centre of Excellence in Population Ageing Research.

I first became interested in the ageing prisoner population after watching a documentary towards the end of writing up my PhD thesis on psychology and ageing. I happened upon this show about the growing older prisoner population in England and how, in many instances, prison officers were having to double as care-providers to frail older prisoners just to help them navigate their cells. I dug around a bit closer to home to discover that Australia was indeed experiencing the same issues, as are most Anglophone countries, and that it was not solely due to population ageing in the broader community.

Later, while running focus groups with custodial officers for my research on barriers to providing aged care within New South Wales prisons in 2019, I noted that the work, training and rehabilitation programs in place in a maximum-security prison were not a great fit for the growing cohort of prisoners over the age of 50. They included pre-committed contractor programs such as ‘sports referee training’ and ‘construction building’.

There were also programs that helped prisoners work on their reasons for offending behaviours. However, there were not really any ‘age-appropriate’ programs for older immobile or frail prisoners like the programs I had seen while researching programs in U.S. prisons. For example, a tailored program like Nevada’s Senior Structured Living Program – True Grit – would be more appropriate for these prisoners than a ‘sports referee training’ course.  Custodial officers advised that if you were housed in this New South Wales prison, you either remained a part of one of their programs, worked, or were mobile and ‘cognitively together’ enough for the normal day-to-day prison routine. If an older prisoner’s health were failing, they would likely be shipped out to the New South Wales prison hospital – Long Bay Gaol. There was very little in between, such as low-level exercise or physio-led, enabled supports.

The prisoners aged over 50 that I later went on to interview said that they did not want to go to Long Bay Gaol hospital because they didn’t like leaving the prison they had become accustomed to and ‘you didn’t know how long you’d be there for’. Timely care is becoming an issue for older prisoners because there are only so many health clinicians available, and many of the older prisoners are serving longer sentences in higher security prisons. If an ambulance or a health clinician needs to come and collect a prisoner with a ‘high-level security classification’, this can be very disruptive to the prison routine. The need to prevent, for example, aggression between prisoner groups, can mean entire groups of prisoners remain in lockdown for the duration of the sick prisoner’s medical evacuation.

While major health events are relatively rare, cumulative health concerns such has hearing or sight loss, poor oral health, and reduced mobility require specialist input to prevent deterioration to the degree that these become major health issues. The UN-enshrined principle of the equivalence of care means that older prisoners ought to be afforded the same supports to keep their essential health up to scratch as those offered in the wider community, promoting independence for as long as possible. Older prisoners reported that availability of dental care could be ‘hit and miss’, and visits from the dentist were few and far between. This checked out when I asked a dentist I met at a Justice Health conference in 2019 about her care of older prisoners’ oral health; she rolled up her sleeve to show me her wrist-brace to demonstrate the RSI she had from pulling so many teeth on her days attending to prisoners!

Reasons for the growing proportion of older prisoners

There are many factors feeding into this growing ageing prisoner population going beyond general population ageing. They include changes around mandatory sentencing from the 1990s, re-opening of cold cases, and career recidivists who have cycled in and out of prison for most of their lives. In addition, there is the problem of accelerated ageing: ‘old’ in prison can be as young as 50, even 45 years of age for indigenous prisoners.

It is hard to change built environments and health systems for prisoners who require high level targeted care while under maximum security. Diversions away from prison are a necessary reality, as numbers are growing beyond what is manageable. This is particularly important in the age of COVID-19. It is not solely the health of the ageing prisoners that is now at risk when health care is stretched or compromised, but also that of younger prisoners and the staff who care for them.

In many instances diversion away from prison, medical parole, or compassionate release ought to be a consideration. For example, in 2017 an indigenous man in his late 40s (considered ‘old’ in biological terms) was given a 15-month sentence despite a letter to the court that his cancer condition meant he likely only had six to nine months left to live!

When I lecture undergraduate criminology students on this subject, I use a class exercise to get students thinking about the topic; at the beginning of class I deploy a very short adapted survey from researchers Boothby & Overduin (2007) regarding attitudes to compassionate release. Students then listen to the lecture and watch a short video about Dementia Behind Bars. I ask students to complete the 3-minute survey again at the end of the lecture and ask whether they may have changed their minds about compassionate release having learned more about the complexity of this issue. Many students will usually have shifted their responses to show ‘more compassion’ and around half will have changed their minds. The sticking point for many, however, concerns the nature of crimes committed. This is of course understandable, and justifiable, as the safety of the community must be taken into account. We should, though, be entitled to expect that the purposes of punishment – retribution, deterrence, incapacitation, denunciation, and rehabilitation – are met in a humane way. If a prison setting becomes inhumane due to a person’s age-related physical or mental infirmity, it is necessary to consider alternatives.

By re-thinking and refining the way we classify older prisoners, regularly reassessing any risks posed by release into alternative, community settings, older prisoners’ health care could be better shared across community infrastructures. The stretched resources available for specialist care in prisons could then be concentrated on providing targeted care to the requisite standard for those few prisoners whose level of risk means they must remain in the prison system.