In 2005 the Algerian government embarked on an ambitious programme to build 81 new prisons and to renovate many of the existing prisons which had remained virtually unchanged since the colonial era. The Ministry of Justice and the General Directorate for Prison Administration and Resettlement (DGAPR) understood from the outset that it would be pointless to renovate the physical buildings without having a parallel renovation and reinvigoration of the administrative structure and the management of the prison system.

Following initial discussions in 2005 and 2006, the Algerian authorities asked ICPS to work with the Algerian Government to bring the administration of their prisons up to international standards. With funding from the UK Foreign and Commonwealth Office ICPS embarked on a joint project with DGAPR in 2007. Using the Arabic version of the ICPS handbook A Human Rights Approach to Prison Management, ICPS consultants worked with staff of the DGAPR on a series of activities to disseminate to Algerian prison staff an understanding of the international standards relating to the use of prisons; to assess the current state of Algerian prisons and to begin a process of strategic management to bridge the gap between the two positions.

In the first year of the project the key outcomes were:

The second phase of the project, between 2008 and 2010, focused on enhancing the strategic capacity of the DGAPR. The key outcomes were:

The third phase of the project concentrated on ensuring that the strategic planning model was embedded within the DGAPR and that the principle of enhancing prison management through a respect for human rights was disseminated throughout the prisons in Algeria. The main outcomes were:

Throughout the life of the project there has been continuing contact with the EU Delegation on Algeria in an attempt to ensure that the work being done in the ICPS project is compatible with and complementary to the EU activities in prison reform.

The main project ended in March 2012 with a conference in Algiers to discuss the main outcomes of the project. It was attended by senior staff from the Ministry of Justice and from prisons, as well as by representatives from elsewhere in the region, the EU delegation and the Ambassador of the United Kingdom.

ICPS continues to undertake activities in Algeria funded by the EU. 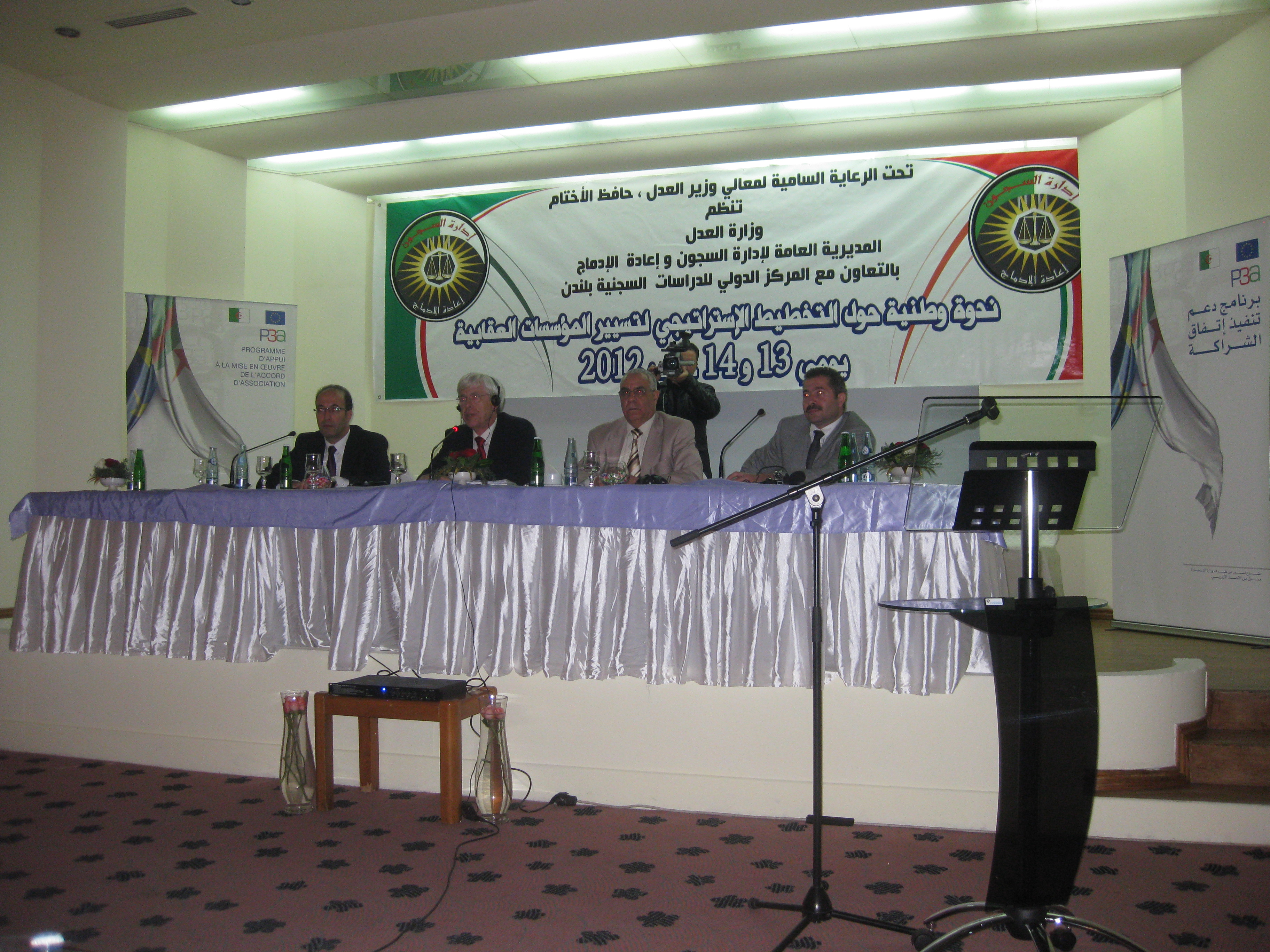