Bridging the gap between reformists and abolitionists: Can non-reformist reforms guide the work of prison inspectorates? 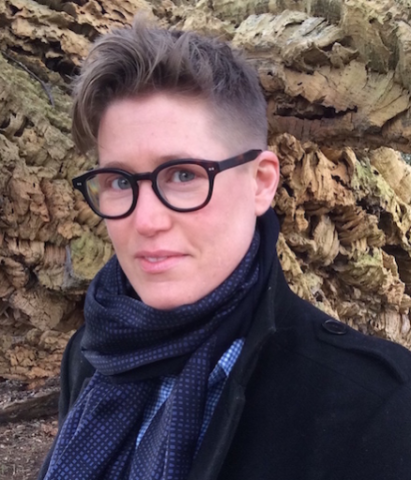 Dr Sarah Lamble is a Reader in Criminology and Queer Theory at the School of Law, Birkbeck and researches issues of gender, sexuality and imprisonment, as well as alternative forms of justice. Sarah is an organiser with Abolitionist Futures and a founding member of the Bent Bars Project, which coordinates a letter-writing programme for LGBTQ prisoners in Britain.

In a recent lecture, South Africa’s chief prisons inspector, Justice Edwin Cameron posed the question of whether prison inspectorates do more harm than good. Cameron asked: “Do our watchful eyes, our reports, and feedback, our complaints, our protestations, do good? . . . Or do they help perpetuate an inhumane and brutal system?”

Cameron highlighted the vital role that prison oversight bodies play in challenging the worst aspects of imprisonment. Inspectorates can shine a light on the persistent harm, violence and inequalities that are endemic to prisons, and can push for public accountability in addressing these issues.

Nonetheless, anyone who has reviewed prison inspectorate reports will see a depressing pattern. Despite some important changes, the same problems – inadequate health care, acute mental distress, high rates of assault, self-harm and suicide – come up again and again, with little fundamental change overall.

Depending on one’s perspective, the reasons vary for this lack of progress. For prison reformists, the problem often relates to a lack of political will. Inspectorates can make recommendations but have limited power to implement changes.

For prison abolitionists, the lack of change is more deeply rooted. Abolitionists are unsurprised that violence and brutality persist because prisons are inherently harmful. Violence and inequality are not unfortunate side effects or ‘flaws’ in the system; they are built into the very function, logic and nature of imprisonment itself. This is not to say that efforts to reduce harm in prison are misplaced, but rather that these efforts must be accompanied by the goal of eliminating prisons altogether.

Many reformists also want to see a dramatic reduction in the use of prisons but are wary of abolition. Yet there is shared ground between abolitionists and reformers, as both agree that greater efforts toward decarceration are urgently needed.

This is where questions of strategy arise.  A key problem is that many reform efforts, despite good intentions, inadvertently shore up the power of prisons, working to reinforce and normalise imprisonment as a response to social problems.

As Joe Sim and Mick Ryan note: “Central to the abolitionist position has always been a critique of the penal reform lobby . . . Abolitionists, while recognizing that some reforms at some historical moments may have enhanced the position of the confined, would also maintain that the prison reform movement more broadly has, however unintentionally, helped to reproduce the dominant discourses that the prison is the natural response to crime and deviance” (2007: 701).  In practice, history shows us that even ‘liberal’ reforms have consistently worked to expand rather than reduce prisons. What is needed are strategies that denaturalise the prison and move towards a radical reduction in the use of imprisonment.

A potential strategic meeting point between reformists and abolitionists is the concept of ‘non-reformist reform’. Non-reformist reforms can be defined as strategies which work to undermine or shrink a harmful system, rather than strengthen or normalise it.  As Dan Berger, Mariame Kaba and David Stein describe, “non-reformist reforms [are] measures that reduce the power of an oppressive system while illuminating the system’s inability to solve the crises it creates.”  Such changes may be incremental, but their ultimate goal is not improvement of the system, but its abolition.

Non-reformist reforms are important because they provide a frame to make material changes in the here and now that move us towards decarceration. While non-reformist reforms will not, in and of themselves, abolish prisons – that requires broader social, political and economic change – these strategies help avoid the trap of conventional reforms, moving towards changes that reduce the size, scope and power of prisons.

Consider the range of tools and resources that abolitionists have developed for distinguishing between reformist and non-reformist reforms in policing.  Rather than training police to better deal with people in mental distress, non-reformist reforms call for resources to be redirected to non-police-based crisis intervention and prevention services. A similar approach can apply to prisons. For example, due to longer sentences and aging prison populations, there are growing concerns about the health and welfare of elderly prisoners.  In response, traditional reformers might call for new funding for specialised geriatric services. Abolitionists, by contrast, would push for early or compassionate release and point to the many reasons why prisons are unnecessary for public safety.

Of course, the line between traditional and non-reformist reforms is not always straightforward. Many strategies which seem promising can further entrench the prison system. For example, prison overcrowding is an acute problem and derelict conditions contribute to severe dangers and harms. In response, reformers frequently call for more resources to be invested in prisons – whether by building new or ‘better designed’ prisons, employing more staff, or increasing funding.  But investing resources in prisons is never a non-reformist strategy. Efforts to improve women’s prisons through greater ‘investment’, for example, have routinely resulted in more women’s prisons not less. Increasing prison resources does not reduce the power of the system; at best it reinforces the status quo, at worst it leads to expansion.

A key question to consider is not only whether a proposed reform will reduce harm and suffering, but whether it simultaneously works to reduce the size, scope, and power of the system?  Does it challenge the assumptions that underpin and sustain the system? Does the reform directly link to a wider vision of change that will reduce our reliance on prisons?

A moratorium on all forms of prison expansion (including new prisons or additional spaces) is a good start. If prisons are overcrowded, inspectorates could recommend that particular groups be immediately released, such as those on remand, those on recall, older prisoners, children and young people (though care is needed to ensure calls to release some groups don’t make it harder to subsequently release others). Inspectorates could recommend repeal of laws and policies that funnel marginalised people into prison in the first place.  They could call for an end to the use of incarceration for offences relating to drug use, sex work and homelessness; halt immigration detention; end recall policies, stop indeterminate sentences and challenge measures that increase sentence lengths or powers. All these strategies require inspectorates to look beyond conditions within prison itself and address the wider systems of criminalisation and punishment that prisons are part of.

At the same time, it is important to acknowledge that calls for non-reformist reforms may be just as likely as traditional reforms to be ignored or prone to institutional co-optation. For this reason, non-reformist strategies must be accompanied by broader activist campaigns, movement organising and public education to push towards deeper abolitionist thinking and practice.

Non-reformist reforms are certainly not a panacea for the current global prison crisis, but they offer greater scope for moving in the direction that both abolitionists and reformers want to go – less prisons, less harm, less violence.  If endorsed by prison oversight bodies, non-reformist reforms offer the best hope of addressing the paradoxes identified by Cameron, better ensuring that those engaged in the important work of inspecting and monitoring prisons don’t fall into the trap of being complicit in the harms that prisons cause.  Ultimately, whether one is an abolitionist or a reformer, if the goal is to reduce imprisonment, non-reformist reforms are more likely to get us there.