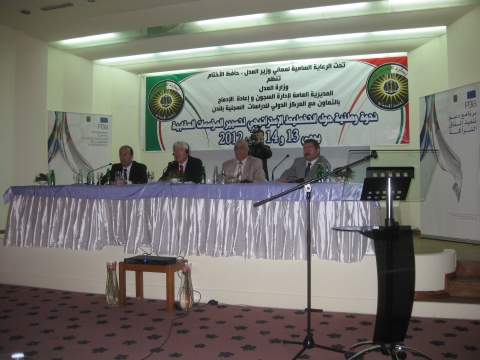 In 2005 the Algerian government embarked on an ambitious programme to build 81 new prisons and to renovate many of the existing prisons which had remained virtually unchanged since the colonial era. The Ministry of Justice and the General Directorate for Prison Administration and Resettlement (DGAPR) understood from the outset that it would be pointless to renovate the physical buildings without having a parallel renovation and reinvigoration of the administrative structure and the management of the prison system. 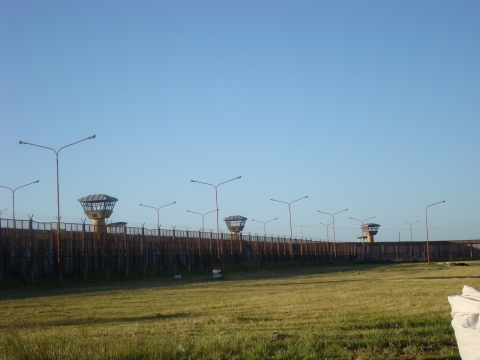 Between 2007 and 2010 ICPS worked in partnership with the federal government and two NGOs in Argentina to help with preparations for the implementation of the Optional Protocol on the Convention against Torture (OPCAT).

In December 2002, following the election of new government, ICPS accepted an invitation to become involved in a project to improve the performance of prison managers in the state of Sao Paulo in implementing the international standards on human rights for prisoners and staff. The project was sponsored by the Ministry of Justice and other partners working with ICPS were the Centre for the Study of Public Security and Citizenship based in Rio de Janeiro and the Centre for Comparative Criminology and Criminal Justice from the University of Wales.

Between 2001 and March 2003 ICPS worked in partnership with the Chilean Ministry of Justice, the Gendarmería de Chile, the British Embassy and the British Council on a prison reform project funded by the Foreign and Commonwealth Office which formed part of a wider programme of criminal justice reform initiated by the Government of Chile.

Between 2001 and March 2003 ICPS worked in partnership with the Chilean Ministry of Justice, the Gendarmería de Chile, the British Embassy and the British Council on a prison reform project funded by the Foreign and Commonwealth Office which formed part of a wider programme of criminal justice reform initiated by the Government of Chile. 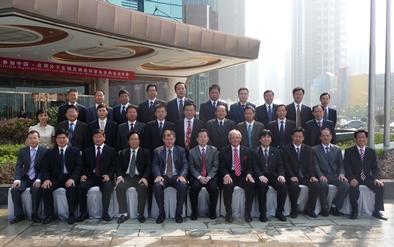 Since 2006 ICPS has had contact with the National Prison Administration Bureau in the Ministry of Justice in China and a number of the provincial prison administrations. Since 2009, with funding from the Human Rights and Democracy Programme of the UK Foreign and Commonwealth Office, these links have been formalised through a project in partnership with the Chinese prison authorities to increase their capability to manage prisons in accordance with international standards.

This project was a joint collaboration between ICPS and the Indian Bureau of Police Research and Development, the National Human Rights Commission, the Penal Reform and Justice Association of India and the British Council. The project was funded by the UK Foreign & Commonwealth Office.

At the request of the UK's Foreign and Commonwealth Office and on behalf of the Iraqi Minister of Justice, ICPS has produced a handbook for use by personnel in Iraqi detention facilities that highlights the fundamental human rights obligations and rights for both prisoners and prison staff.

The document has been translated into Arabic and designed for wide distribution among police and other officers.

In this prison reform programme ICPS worked alongside Penal Reform International, the Royal Netherlands Tuberculosis Association and the Polish prison administration to help the Kazakh authorities begin the process of change.

The International Centre for Prison Studies has been working in Libya since 2004 on a project to bring prisons in Libya up to international standards. This work has been funded by the UK Foreign and Commonwealth Office through its Programme for Human Rights and Democracy.

The project has had three main objectives:

The project in Morocco was initiated in March 2005 and responded to concerns from the Central Prison Administration that modernisation of the law relating to prisons had placed additional burdens of responsibility on prison governors. Prison governors had assumed their responsibilities without appropriate training except through mentoring from a more experienced colleague. In addition many prison governors were finding it difficult to delegate effectively. 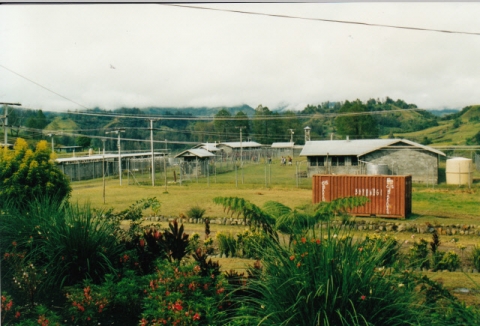 In January 2002, at the invitation of the British High Commissioner, the ICPS Projects Director spent two weeks working with the Correctional Service of Papua New Guinea. He met with prison officials, NGO’­s, and visited the training school and several prisons, before leading a three day workshop on human rights in prisons with a range of staff working in the prisons in Port Moresby and in the training school.

The broad development of a partnership programme between the Moscow pre-trial prisons (SIZOs) and the United Kingdom prison services started to take shape in the summer of 1999.

At the request of the Russian partners, work was undertaken in 2004 to disseminate the lessons learned in Moscow throughout the federal districts of Russia. This follow-up project was co-sponsored by the Global Opportunities Fund and the Ford Foundation.

Following the success of the previous work, ICPS was asked by the Head of the Russian Federal Prison Service to deliver a further project to provide training and development for the recently appointed local Human Rights Advisers throughout Russia.

During February and March 2004 ICPS carried out an evaluation and training programme with the Prison Service on St Helena at the invitation of the St Helena Government and with funding from the UK Foreign and Commonwealth Office.

In 2002 the rate of imprisonment in The Bahamas was the 11th highest in the world and the conditions in its single prison were notorious throughout the region. The recently elected Government of The Bahamas decided that something had to be done to deal with this situation and established a Prison Reform Commission, composed of independent experts from a wide cross section of the community. ICPS was invited to provide expert assistance.

At the invitation of the Turkish Ministry of Justice and with support from the UK Foreign Office and the British Council, the Centre initiated a series of projects in 2001 aimed at helping to develop the process of reform in the prison system in Turkey. Initially there were three of these projects; in the course of 2002 a fourth was added. The work of each project was overseen by a team consisting of members from the Turkish Ministry of Justice and ICPS. The Director General of Prisons and Detention Houses, Ali Suat Ertosun, gave his full support to the projects.