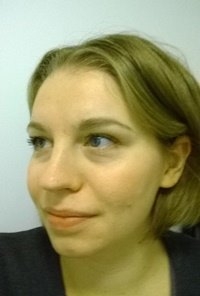 Helen Mills is Head of Programmes at the Centre for Crime and Justice Studies. Helen is currently looking at the options for impactful sentencing reform as part of the Short Prison Sentencing project funded by the Lloyds Bank Foundation for England and Wales. In this piece, Helen discusses the vexed problem of short prison sentences.

An overwhelming case for change

The case for reform to increase the use of community based sentences in the place of the current use of short prison sentences has been made on multiple grounds: proportionality, effectiveness at reducing reconvictions, morality, addressing underlying needs such as problematic drug use, and ensuring better outcomes for women caught up in criminal justice processes in particular. Other considerations include value-for-money, the additional demands the chaos and churn short stays of imprisonment place on prison staff time, and deteriorating conditions in the prison estate – the health risks of which were brought into sharper focus by the pandemic.

Indeed, it is hard to find a source with much positive to say about short prison sentences. Yet despite this we do not seem to be any closer to effectively challenging their use in practice. The government’s interest in sentencing reform to address the problem peaked in late 2019. Earlier that year, the then Justice Minister was publicly making the case for introducing a presumption against, or bar on, short prison sentences. However, just as firm proposals looked imminent, this agenda evaporated almost overnight with the election of Boris Johnson as Conservative party leader.

That sentencing reform intending to divert from custody is no longer an active part of the policy agenda may disappoint those concerned about the current reliance on imprisonment in England and Wales. However, I could have filled the remainder of this piece with a potted history of reforms intended to reduce the numbers going into prison or provide alternatives to custody, which failed to do so in practice.

ICPR’s 2021 sentencing report provides insights that are helpful in understanding the reasons behind reform mistakes of the past:

Neither is an easy nettle to grasp.

On persistence, ICPR’s proposals for tighter criteria for determining recency and relevance of previous convictions help to face the problem head-on. More widely, we should be looking to implement the lessons from desistance research to inform more realistic responses to lawbreaking and compliance.

On the custody threshold, we need interventions which go further than simply restating the current statutory obligation on sentencers to only impose prison if the offence is ‘so serious that neither a fine nor a community sentence can be justified.’

The opaque nature of ‘seriousness’, and lack of clarity about what this means beyond being a matter for sentencer discretion, have been key criticisms of this legislation and its failure to constrain the use of short prison sentences in practice.

Reforming the arrangements for responding to persistent lawbreaking, as described above, would go some way to challenging the current use of short prison sentences as a backstop for the perceived failure of community-based sanctions. Other concrete ways to clarify the custody threshold could include defining the offence categories and circumstances that should not normally be imprisonable and exemplifying the circumstances a community-based sentence cannot address.

The German presumption against prison sentences of six months or less, implemented in 1969, requires sentencers to make two assessments before passing such a sentence: firstly, that a community-based sentence is not appropriate, and secondly, that a short prison sentence would better achieve the intended sentencing outcome (see Harrendorf, 2017). There is perhaps something to learn from this.

It is refreshing to see ICPR in their sentencing report tackle the issue of multiple previous convictions and their effect on the custody threshold. The debate on short sentences has for too long ignored concrete problems like this and relied too heavily on mechanistic policy ‘solutions’ such as presumptions and bars.

It is no coincidence that presumptions and bars on short sentences, which have routinely not clarified the arrangements on responding to persistent law breaking, have also been disappointing at reducing sentencers’ use of short-term custody. (On this point see Professor Cyrus Tata’s analysis of the limited impact of the Scottish presumption against short sentences.)

Are short sentences really the problem?

Tackling concrete issues like persistence and the custody threshold would also better address a more insidious failure in attempts to reform use of short prison sentences. A lack of clarity about the particular sentencing issues we are seeking to address through reform – such as the weight given to previous convictions – risks situating short prison sentences as the problem. This leaves longer prison sentences at best unaddressed or, at worst, reinforces their position as the ‘right’ solution to ‘serious’ lawbreaking.

The growth in long prison sentences in England and Wales looks not only set to continue, but is likely to be further exacerbated by sentencing reforms currently going through parliament as part of the Police, Crime, Sentencing and Courts BIll.

Given this, perhaps there is a progressive case to be made for imposing more rather than fewer short prison sentences – if they take the place of longer prison sentences? During a recent webinar at the Centre for Crime and Justice Studies, Professor Sarah Armstrong discussed countries such as Norway and their frequent use of short sentences and relatively parsimonious use of long prison sentences. She asked whether short sentences might ‘be something we allow and support in order to keep the floor low, so that the ceiling does not get any higher’?*